While I’m sad to see summer produce fade away, I’m not so sad to say goodbye to the sticky, humid heat. Adieu, sucka!

While Pinterest showed signs of pumpkin obsession several weeks ago, I don’t like to rush things. Pumpkin has no business showing its face in August. Too soon, people…too soon. I get it, you’re excited, but can we finish munching on sweet, juicy tomatoes before we move on to the next bigger and better thing? We’re always in such a rush.

It’s October in August. It’s December in October. Just stop it, all ready! I blame Walmart, where seasonal crap lines the shelves 3 months prior to the actual season. And when the season does finally arrive, the candy corn and pumpkin-shaped Reese’s cups are long gone. In its place are candy canes and twinkle lights. I will never understand retail.

Lucky for you, this is not the Walmart. I like to stay true to the season, so that means absolutely no peppermint dessert in October. <--- That is my promise to you. 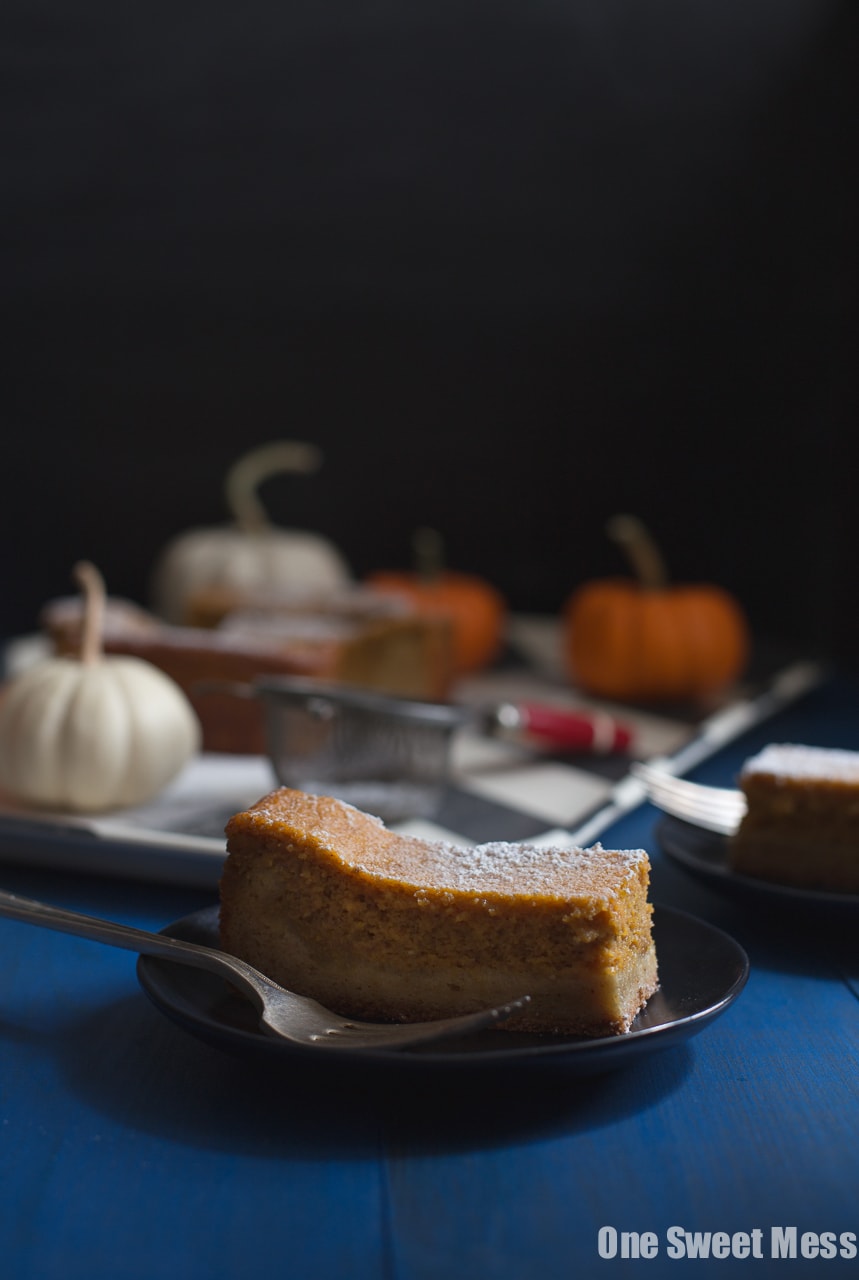 What we have here, is Pumpkin Pie Gooey Butter Cake. I’m told it’s better than my traditional pumpkin roll. Never, ever did I expect to hear those words. Looks like I’ll be pumping out gooey butter cake for the remainder of the season. And, rather than my traditional two pumpkin rolls I usually make for Thanksgiving dinner, I’ll need to make two of these Pumpkin Pie Gooey Butter Cakes instead. I guess this proves that change can be a good thing…sometimes.

The gooey, cheesecake-like, pumpkin-infused batter bakes up all custard-like on top of a dense, crispy vanilla cake base. If that weren’t good enough, I took it up a notch by adding a layer of sweet cinnamon chip morsels directly to the top of the cake batter. They get all melty between the cake and pumpkin custard layers, adding a layer of warm, sweet spice. Seriously, this cake is legit amazing. I tell no lies.

This pumpkin-infused, custard-y cake is the perfect fall dessert. The cheesecake-like mixture is nestled on top of dense, crispy vanilla cake with a layer of sweet cinnamon chips in between.