As you read this post, I’ll be out in the wilderness getting reaqcuainted with nature after a long winter spent hiding under the blankets. I’ll also probably be warding off bees. 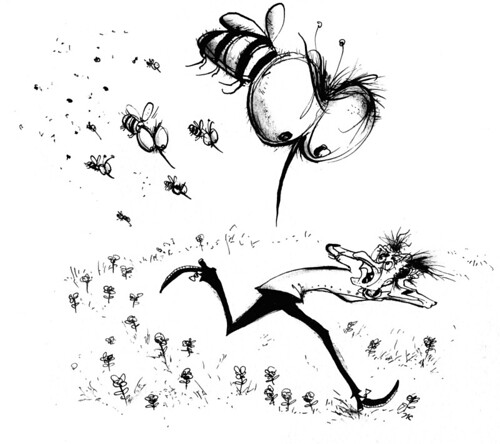 Have I told you lately how much I hate bees? Honey is one thing, but buzzing in my face and threatening to sting me is a game I refuse to play. I have a feeling I’ll be running away from the relentless buzzers all weekend while my husband looks on with a combination of embarrassment and sympathy on his face. His fix for my bee phobia is to stand still and ignore them. “They won’t bother you if you don’t bother them,” he always proclaims. I rebuttal with, “Yes, you keep saying that, but remember that time when you did absolutely nothing to anger the bees and, as a prize, they stung you mulitple times in the head?”

And, folks, that’s why I don’t heed Squirrel’s advice. Clearly he has no clue. So, if you see a chick running around in circles on a campsite in North East, Maryland, that be me.

In order to better deal with the bees, I’ve packed a bit of booze. Here’s how it works. I drink the booze and become invincible, conquering all the bees with the force of my beer bottle. Okay, that’s a lie. I’ll be in the tent cowering in the corner under my sleeping bag.

How was your Easter? We enjoyed a relaxing day at my Aunt’s house. I think we spent the entire day feasting. When one feasts, one lounges. That just about sums up our Easter Sunday. I made a coconut cake and my spicy baked beans.

On Saturday, I made Squirrel take me back to the bison farm so I could visit the fury beasts. I know the sign reads “Dangerous.” I get it, they’re muscular animals. However, I’m reluctant to believe that these cute fellas are anything less than gentle. I stopped to snap a few shots, and some of them sauntered over to the fence and struck a few poses. One of them even gave me a come-hither-over-the-shoulder pose. I just about died. I told my dad to prepare the back yard for a new pet and sent him this picture. 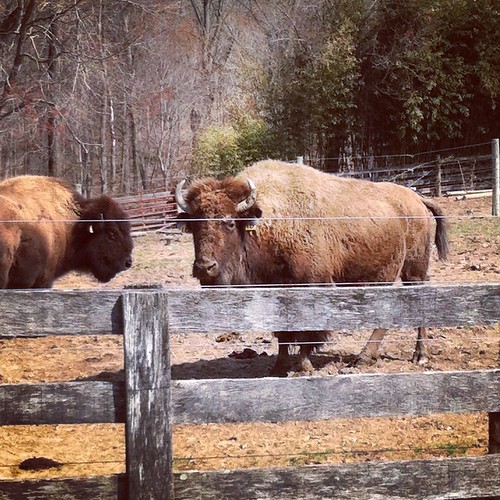 We’re going to call him Hank, and he’ll have his own theme song: Buffalo Soldier, of course.

Squirrel and I made a trip to the local dump last weekend for compost. I was forced to climb Mount Stinky Dirt and shovel heaping piles of steaming, earthy dirt into the back of Squirrel’s truck. I spent most of my time taking pictures while Squirrel hauled the dirt. 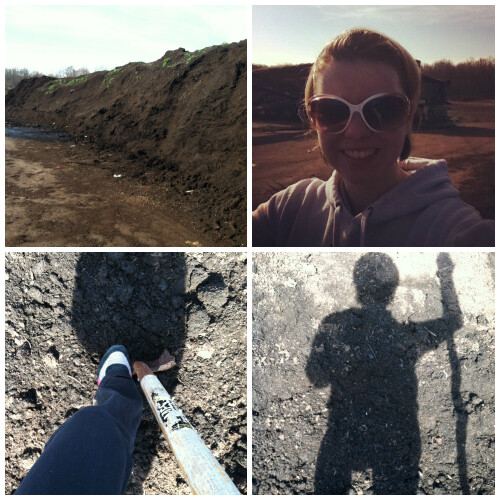 After scooping dirt into the truck, we took it home and scooped it back out. Good times were had by all. 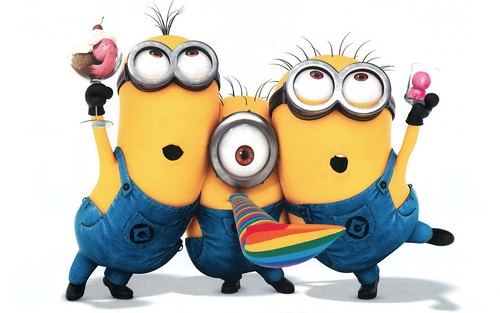 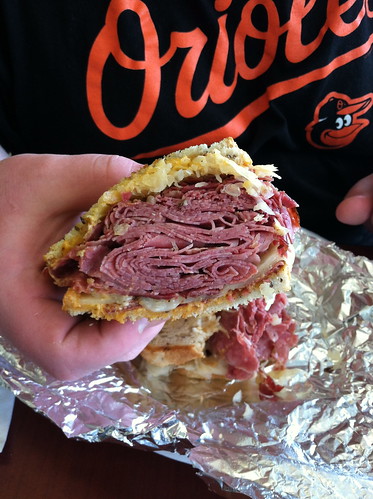 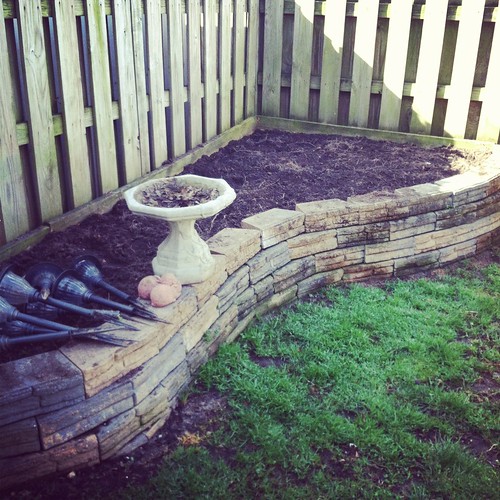 The garden is ready for veggies! 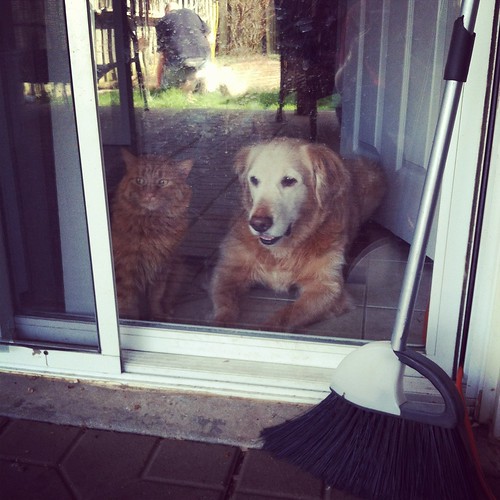 How pitiful are these two jokers? 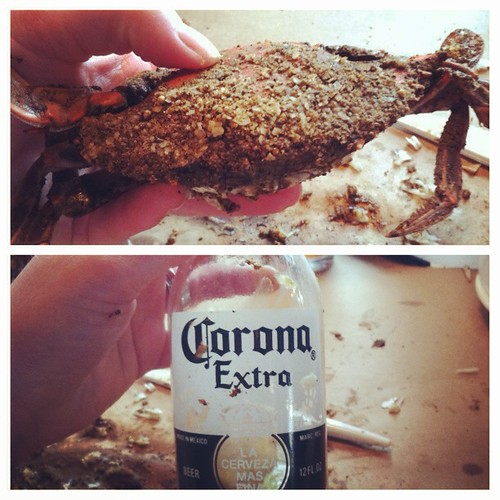 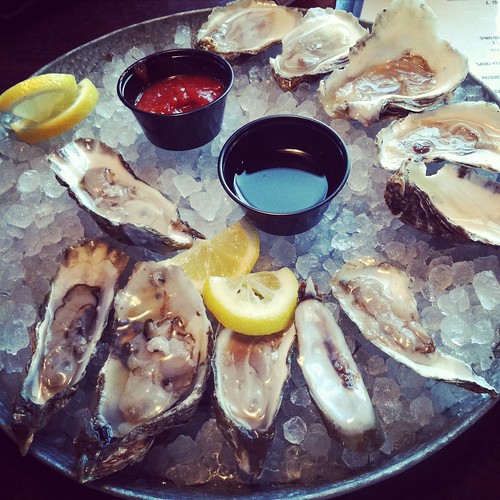 There’s nothing better than spending a Sunday watching the ball game with beer, steamed crabs, and raw oysters. 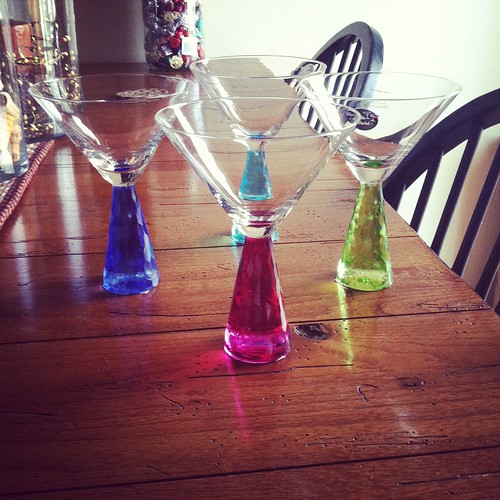 My Easter present from my grandparents. I can’t wait to shake up a new martini recipe. 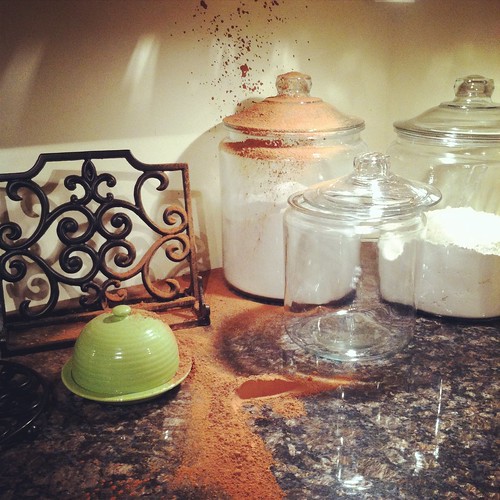 This is a result of a cocoa powder blowout. It took me forever to clean the cocoa out of all the crevices.