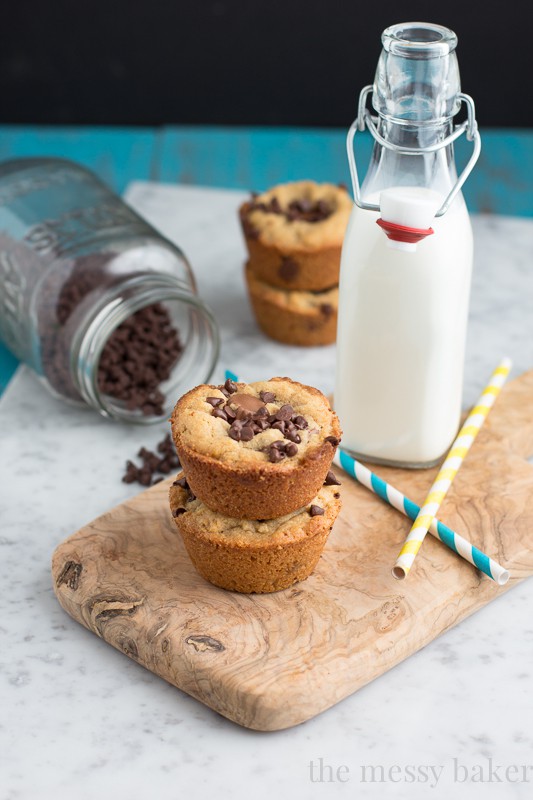 Nothing kicks a wicked hankering for something sweet quite like peanut butter.

These thick, dense peanut butter blondies were the outcome of a fierce craving for peanut butter. A craving so strong, even my go-to method of eating peanut butter by the spoonful straight from the jar couldn’t cure.

I hastily grabbed a bowl and the essential ingredients for blondies and got to whisking.

And all is right with the world.

Fact: A recipe that requires only one bowl is the best kind of recipe.

Fact: I’m lazy. When you’re mixing up a batch of blondies at 9 o’clock at night because your brain is a selfish nag that won’t quit until it gets what it wants, you try to use the least amount of dishes possible because there’s no way you’re going to spend all night scrubbing.

Fill each tin 3/4 full with batter. Bake for 15-17 minutes, or until lightly golden brown.

Cool in the pan for at least 10 minutes. Go around each cup with a butter knife or off-set spatula to loosen the blondies from the pan. Gently pop each blondie from its cup and transfer to a wire rack to cool completely.

Store in an airtight container or bag for up to 5 days. 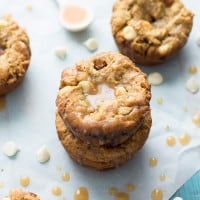